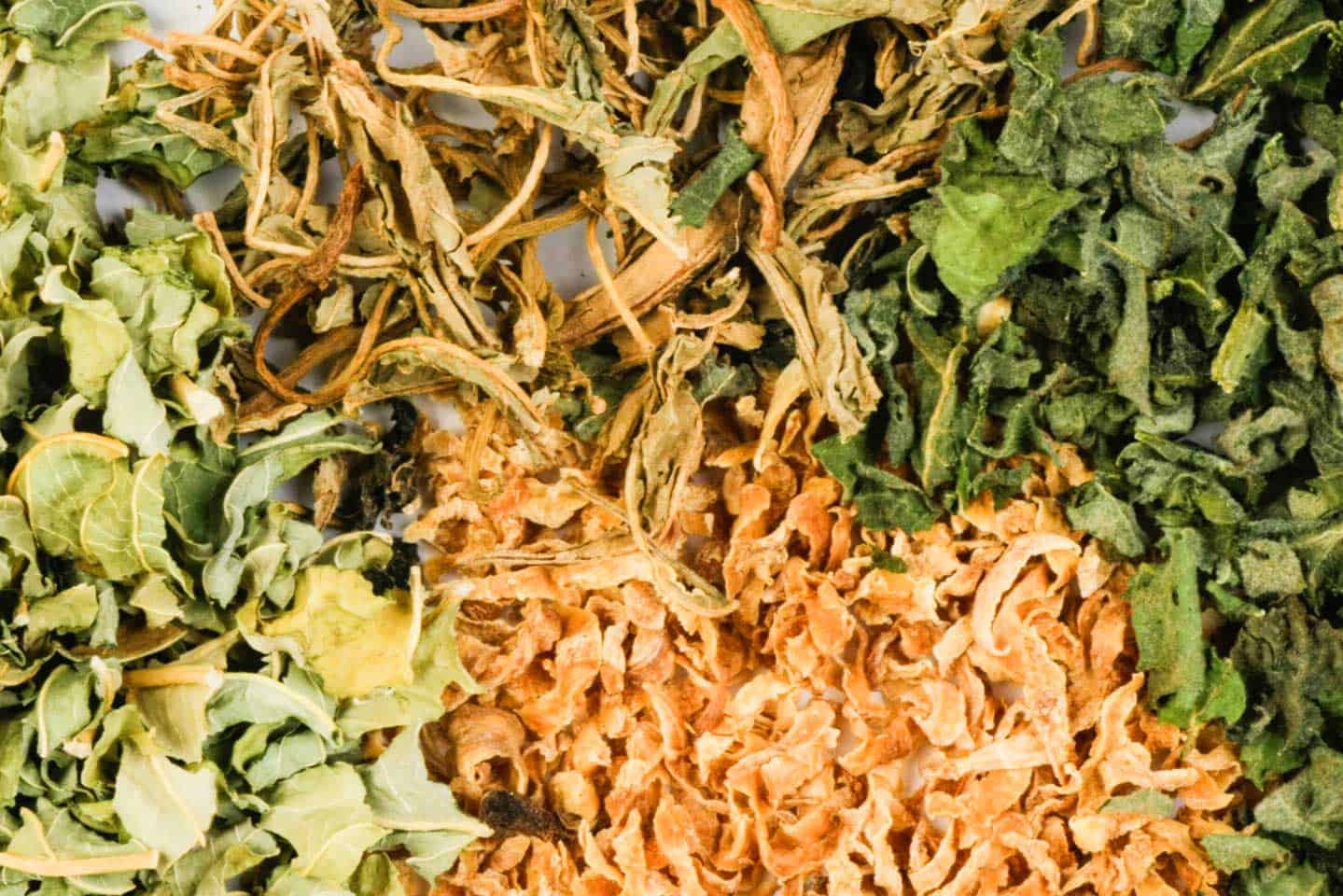 On a recent trip to East Africa, whilst enjoying the diverse traditional foods, I was stuck by the fact that food drying is not practiced there. Here in Zimbabwe, food drying is a celebrated culinary art and people will pay higher prices in markets for some dried vegetables (such as cowpea leaves, nyemba) than fresh ones. It is likely that drying of food is an adaptation to surviving our harsher climate. In most parts of East Africa rainfall is high and there are two rainy seasons in the year. In Southern Africa we are lucky to have rain for three months a year meaning that for rural communities, unless you have access to irrigation water, fresh vegetables are only available for a very short period. Since most rural families have no access to electricity or refrigeration, drying becomes a vital means to preserve food and thus obtain a range of nutrients during the long, dry times of year.

Drying food removes water while concentrating the nutrients so that if done properly (see some tips below), it can be even more nutritious to eat dry food rather than in its fresh form. Dried products can be added directly to cooking or reconstituted by soaking in water before cooking. Drying helps preserve food by removing the water that helps germs to grow. Apart from nutrition and preservation aspects, dried food lasts for months and is portable making it ideal subsistence for someone working in the fields or herding livestock. From a marketing perspective drying makes products easier to store, package and transport.

In Zimbabwe a wide range of food is consumed dry notably fruit, vegetables, tubers, mushrooms, meat, fish and insects. We are lucky in that several of our wild fruit (including baobab, nyii and masau) dry themselves naturally giving them a long shelf life. With our long hot dry-season food drying is easy and has become even more widespread in the past decade or so with the promotion of solar dryers. Now a wide range of dried vegetables can be found in shops including pumpkin, okra, carrots, beetroot, green peppers, onions and tomatoes. Dried herbs and teas are also becoming popular while fruit such as banana, guava, pawpaw and mango are sold in supermarkets.

Some make flours from pounded, dried tubers such as sweet potato, cassava, tsenza, and madhumbe. These flours can be used to thicken soups and sauces or made into baked products including biscuits and cakes. Dried fruit can be ground into powders which is then used to make drinks or to add flavour and nutrients to porridge, or sour milk. Dried vegetables and herbs can be pounded and blended into soup powders. You can make your own usavi (soup/ gravy) mix and keep it in a glass jar until you need it. See our recipe section for some soup powder recipes.

Most fruit, vegetables and root crops can be dried. Drying is best done during the dry-season. A solar dryer can be used but if you don’t have one you can make a simple raised drying rack made from shade cloth stretched across a wooden frame. The important thing is to allow air to circulate across the drying products as much as possible.

Solar driers use warm air heated by the sun, which is then passed over the produce arranged on trays. In the solar drier, the direct sun does not touch the produce. The drier also protects the produce from dust and insects.

If you are not using a solar dryer, the drying structure should be placed in the shade. Avoid sun-drying as direct sunlight destroys many nutrients.

Blanching involves immersing the vegetables in hot water for a very short time. This quickly kills the vegetables while keeping their colour and flavour. It shortens the drying time and the time taken to soften the dried produce before cooking. It also kills any germs which may contaminate the produce. Blanching can be done by dipping the vegetables in salted boiling water for a minute. It can also be done by placing the product in a sieve over a pan of boiling water and allowing the steam to quickly cook the produce. Okra, onions, garlic and chillies should not be blanched.

Potatoes, sweet potatoes, cassava, tsenza and yams (madhumbe) can be processed into dried chips to preserve the product. Here is a method for making root/ tuber flour

About 50kg of fresh root/tuber crops makes about 9kg of flour. After milling the flour should be sieved and used for baking or added to sadza during cooking in order to improve the nutrient content.

The flour should be stored in clean, air-tight containers in a cool place. See the recipe section for some recipes using tuber flour. 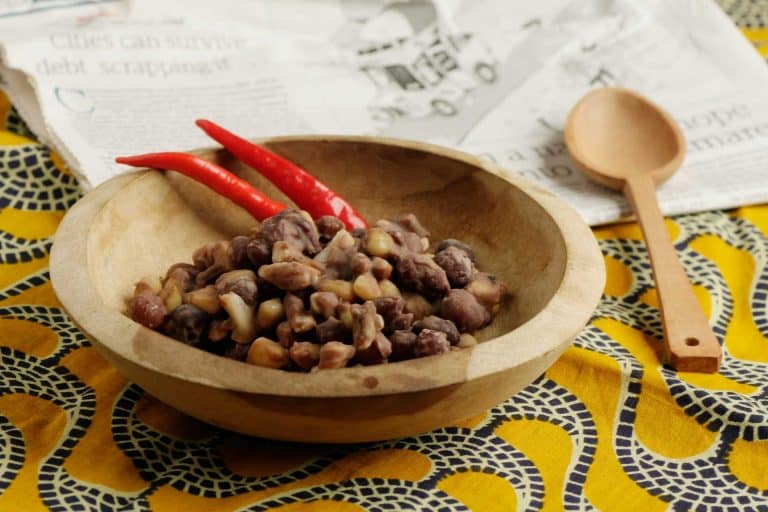 A nutritious mixed grain dish which can be served as a snack or accompaniment. Ingredients 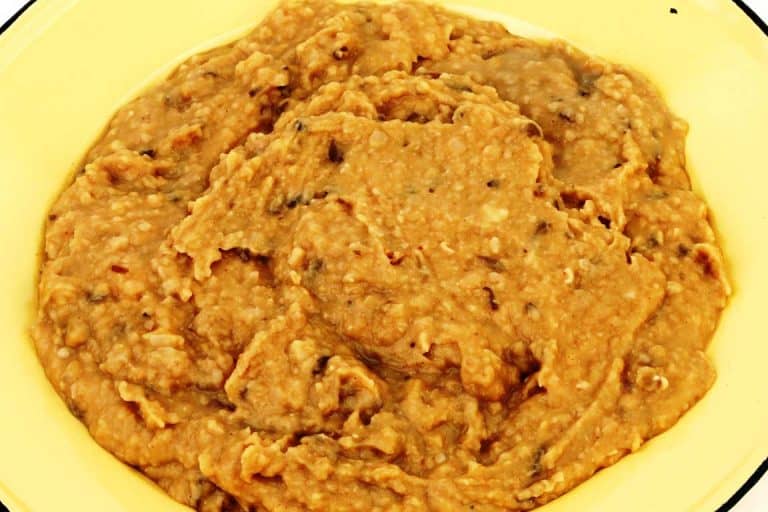 Rupiza is a paste made from crushed cowpeas. Sometimes they are roasted before crushing and 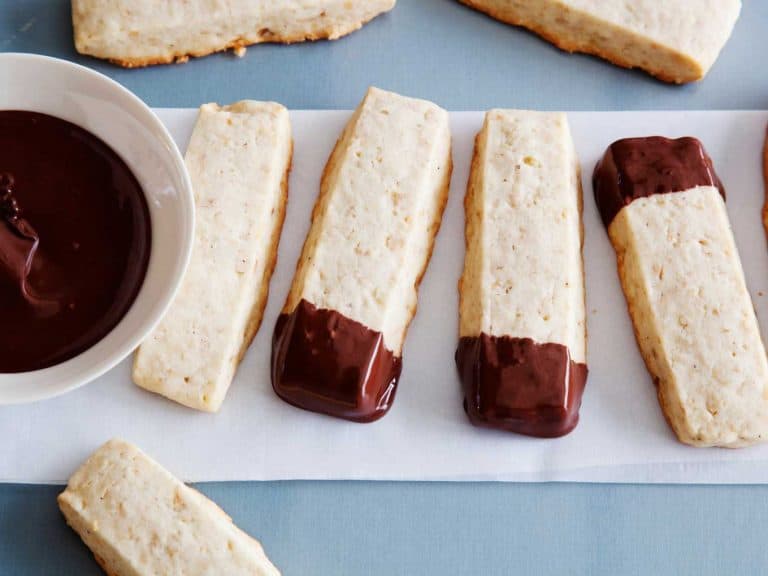 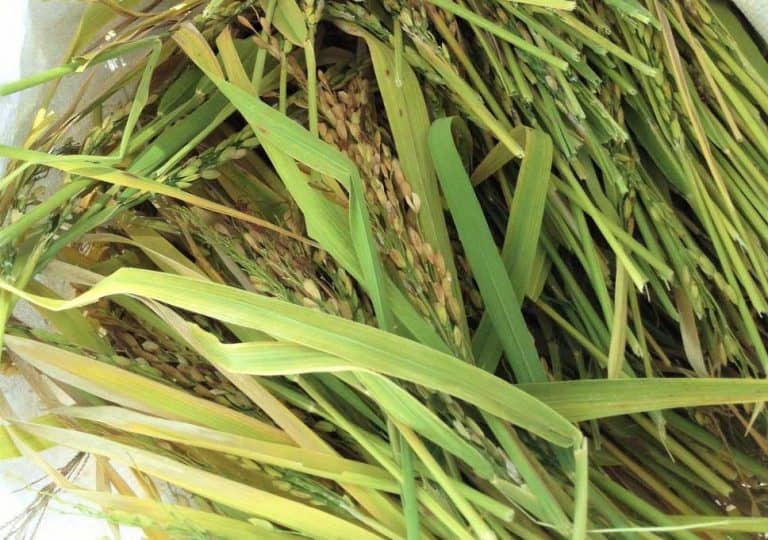 Ruramiso Mashumba, is a young farmer who means business. She has combined her formal academic