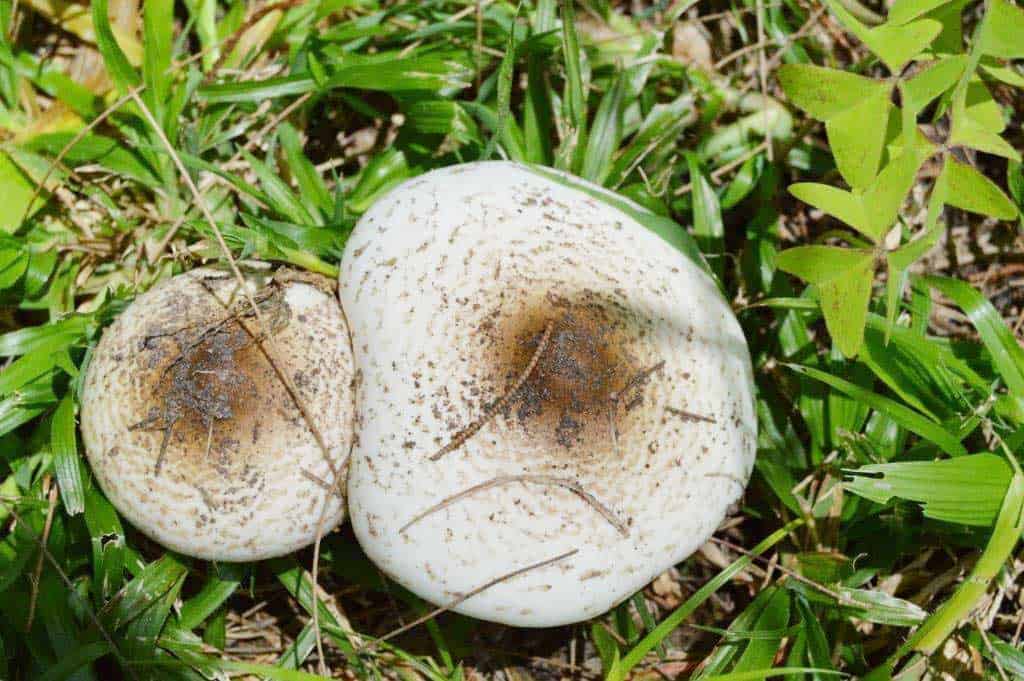 Termitomyces are a remarkable group of mushrooms which have been able to survive for 30 million years by forging an intimate relationship with termites. In fact the mushrooms are unable to grow without the help of the termites which actively cultivate them. The termites collect and plant the seed-like fungal spores on comb-like structures in their underground nests and fertilize them with their manure. Although these termites feed on wood, they also receive valuable nutrients by eating the underground “roots” or mycelium of the mushrooms from their “fungal gardens.”

Fruiting of the mushrooms (when they produce the umbrella-like structures which we see above the ground) occurs soon after the first rains which coincides with termite swarming.

Except for the tiny T. microcarpus which fruits on soil pushed up to the surface by the termites, all other Termitomyces species have a characteristic very long “root”, the pseudorhiza which extends deep into the termite nest.

Because these mushrooms grow in a completely dependent relationship with termites, people have not yet, as far as I know, succeeded in cultivating these species away from their natural habitat.

In the literature I have read, there are five Termitomyces species found in Zimbabwe which vary in size from the tiny masses of white T. microcarpus ( Shona: rukuvhute) to the massive T. titanicus which can weigh over a kilogram and can produce a cap up to 1m in diameter! All are edible and much sought after – true African delicacies.

There is slight confusion over the local names of the larger species – Shona: nhedzi , Ndebele: makhowa as these names are also used for a completely unrelated species , Amanita zambiana , which is often seen for sale on the roadside. I do not particularly like the flavour of this mushroom which I find rather harsh.

In mid-January three years ago I woke up one morning to find about 30 large mushrooms pushing up through the lawn. Having a keen interest in indigenous edible mushrooms I was delighted to discover that these were a member of the termite mushroom group – Termitomyces schimperi.

Distinctive identifying features of this mushroom which can be seen in the photos in this article are the long, very tough “root” and the pointed, hard area in the middle of the cap which assists the fruiting body to push up through the soil.

I picked a few of the mushrooms to sample and was glad I did as by the second day no more appeared. The mushrooms that I did not pick deteriorated rapidly. I noticed that they had been feasted on by insects and millipedes.

A friend and I decided to sample the mushrooms by simply cutting them up and frying them for 10 minutes or so in olive oil. They were absolutely delicious with such a distinctive mild flavour – reminiscent of green beans or asparagus. I regretted that we had not picked more!

Needless to say, the following January I eagerly awaited the appearance of these delicacies which emerged overnight on almost the exact date as the previous year.

I collected almost all of the mushrooms, leaving just a few to spread their spores.

This amounted to a couple of kilogrammes and I knew that I needed to preserve them as no more would appear until the following season.

I cut off the tough root and hard point on the cap, chopped the mushrooms coarsely, and fried them quickly in olive oil. I then divided this large batch into individual poly bags and froze these.

Unfortunately I did have to throw out a few bags during a period of bad ZESA outages, but at least we had the pleasure of feasting on the fruits out of season. I kept a few in the fridge to try out different cooking methods. Being such fleshy mushrooms they are delicious grilled.

Traditionally they are often dried. This is done by boiling the mushrooms in a little salted water then sun-drying them. They can then be stored indoors for later use. I do find that drying changes the flavour of the mushrooms but obviously this is the best method of preservation without electricity, and enables families to benefit from the exceptional nutritional value added to their diets for months.

All the Termitomyces species are noted for their exceptional nutritional value. In articles I have read research indicates: protein levels 35 – 49 ; carbohydrate 29 – 37 ; fat 6 – 10 as % dry weight – comparable to high-protein foods such as legumes and meat. They are also a good source of vitamins and minerals.

Prospective amateur mushroom harvesters should be absolutely certain that the mushrooms they are collecting for consumption are indeed safe. If in doubt do not risk poisoning. Some people may have allergic reactions to apparently edible species. When trying a mushroom for the first time I always cook and eat a small amount as a test. 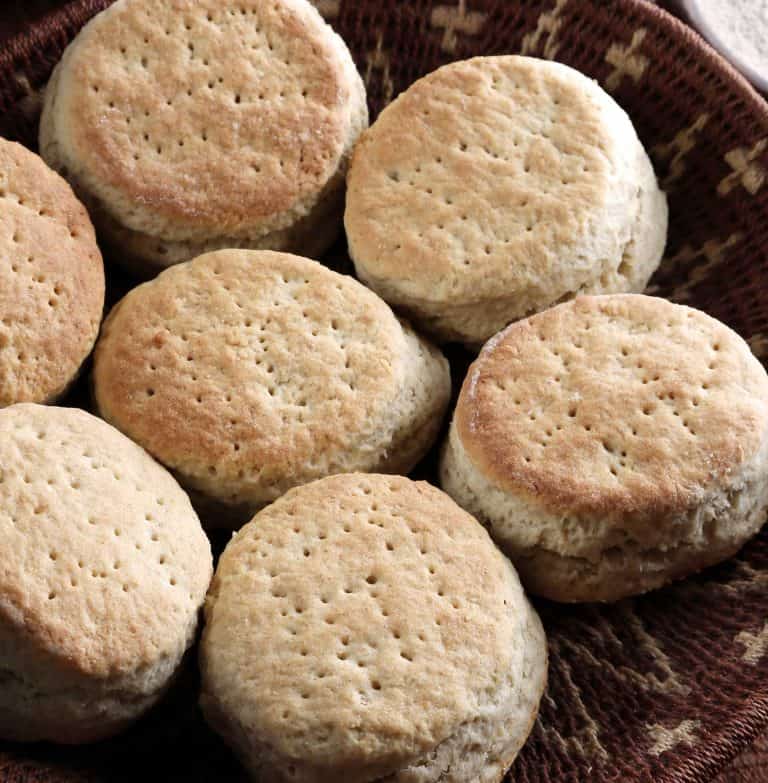 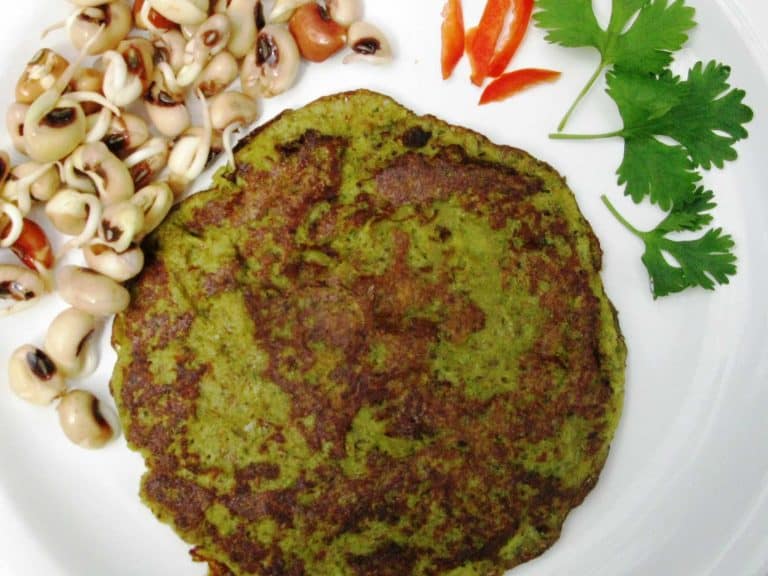 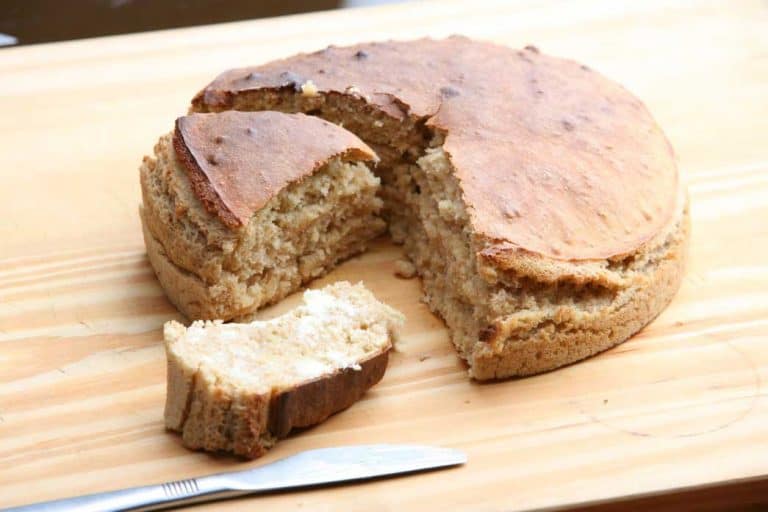 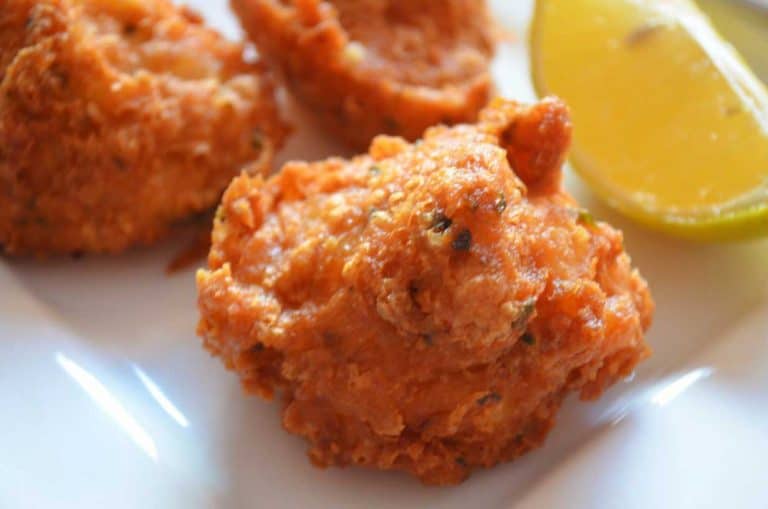